Home » Georgia Takes Down Michigan to Face Alabama for the Natty 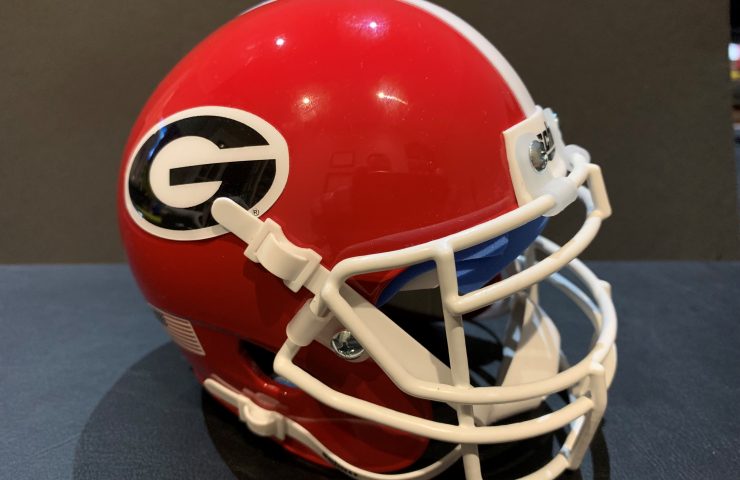 Georgia Takes Down Michigan to Face Alabama for the Natty

The Michigan Wolverines were the 2021 Big Ten champs. They had finally vanquished the demon that is their arch-rival, the Ohio State Buckeyes. But they were woefully unprepared for the beatdown they experienced in the Orange Bowl. On New Year’s Eve in Miami, Georgia takes down Michigan 34-11 in the national semifinal.

Georgia advances to play Alabama in the National Championship Game in a rematch of the SEC title game.

The Lack of Offense by Michigan was “Offensive”

The Wolverine offense was a no-show on the biggest stage. As a top ten team in rushing offense for a majority of the season, Michigan was held to less than 100 yards rushing. Running backs Blake Corum and Hassan Haskins combined for just 52 yards rushing and zero touchdowns. Corum also had a lost fumble.

The offensive line of Michigan was the winner of the Joe Moore Award, given to the top offensive line in the country. They had given up just 10 sacks on the season coming into the game, good enough for #2 in the FBS. But in keeping with the subpar performance of the offense, the Wolverines gave up four sacks in the game.

Michigan QB Cade McNamara threw two INTs, both to Georgia DB Derion Kendrick. McNamara was the beneficiary of all four sacks mentioned above. He did not throw a touchdown pass. And, he split time with QB J.J. McCarthy.

McCarthy did throw a TD pass late in the game to WR Andrel Anthony, and they converted the 2-point conversion. But that, along with a field goal earlier in the game, was all the scoring that Michigan could muster.

The Georgia Bulldogs are now allowing just 9.5 points per game heading into Act II with the Crimson Tide.

And the vaunted Michigan defense, one of the best in the country during the regular season, also failed to step off the team bus. This unit produced zero sacks, zero INTs, and two tackles for loss against the Bulldogs. They allowed 34 points to Georgia after allowing on average just 16 points per game.

Michigan’s star DE Aiden Hutchison, who was a beast in the win over Ohio State, came into the game with 14 sacks on the year. But all he could manage against the Georgia offensive line was 4 tackles, one tackle for loss, and zero sacks.

Hutchison is projected to be the #1 overall pick in the upcoming NFL Draft.

The Georgia Bulldogs Offense Made the Michigan Defense Their Chew Toy

Georgia on the other hand showed up showed out. QB Stetson Bennett was 20 of 30 passing for 313 yards and three TDs, with zero interceptions. Bennett threw TD passes to three different receivers: James Cook (for 39 yards), Jermaine Burton (for 57 yards), and Brock Bowers (for 9 yards).

And with some “trickeration”, RB Kenny McIntosh also threw a TD pass to WR Adonal Mitchell on a halfback pass play.

Georgia raced out to a 27-3 lead at halftime.

The Bulldogs did not score a rushing touchdown, but they gained 190 yards rushing. This kept the Wolverines on their heels. Georgia was 10 of 16 on 3rd down conversions and gained 521 yards of total offense.

Georgia improved to 13-1 on the season. Michigan finished their season at 12-2.