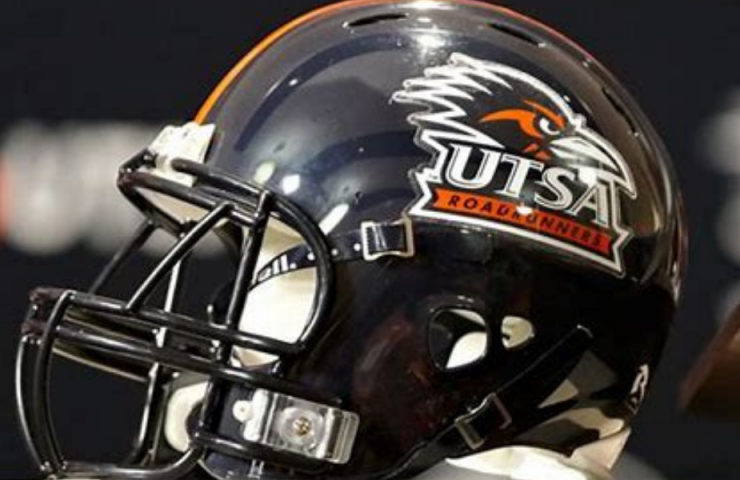 UTSA Wins Their First Conference Title with Win Over WKU

Before a standing-room-only crowd of over 41,000 loud and proud Roadrunner fans, UTSA took advantage of many Western Kentucky miscues and was able to hold off the Hilltoppers for a 49-41 victory as UTSA wins their first conference title since they first started playing football in 2011.

The 41,000 fans were the third-largest crowd in UTSA history. Local businesses raised money to purchase tickets for UTSA students to attend the game. The effort raised over $100,000.

WKU scored first on a 60-yard pass from QB Bailey Zappe to WR Mitchell Tinsley to take a 7-0 lead just 56 seconds into the first quarter.

The Roadrunners answered with a 24-yard run by QB Frank Harris to tie the game at 7-7.

On WKU’s next possession, the Hilltoppers drove to the one-yard line looking to punch it in for a touchdown. But the snap sailed over Zappe’s head. Zappe recovered the ball, but WKU was forced to kick a field goal for a 10-7 lead. That was the first of many miscues that would negate scoring opportunities.

UTSA answered again with a touchdown run by RB Sincere McCormick to take a 14-10 lead. It was a lead the Roadrunners would never relinquish. The Roadrunners scored touchdowns on their first four possessions and took a 28-13 lead into halftime.

Those many WKU miscues I mentioned earlier came in many forms:

Harris more than made up for a poor showing in the Roadrunners’ only loss of the season last week at North Texas. Against WKU, he passed for 218 yards and rushed for 81 yards, and accounted for three touchdowns, and no INTs.

He now has 2906 passing yards and 25 touchdowns and 5 INTs. Harris also has 560 yards rushing and six scores on the ground.

McCormick also redeemed himself from the loss last week to North Texas. He turned an MVP performance against the Hilltoppers: 204 yards rushing and three touchdowns, including a 65-yard touchdown run to the house in the 2nd quarter. It was the third game this season that he scored three rushing touchdowns in a game.

The Roadrunners made big plays on defense when they needed to and kept WKU off balance. They scored 14 points off of three Hilltopper turnovers, and they sacked Zappe three times.

WKU rallied to get within eight points, but UTSA intercepted Zappe on the final drive to secure victory.

A Record Performance in Defeat

Zappe finished the game with 577 passing yards, which is a C-USA Championship Game record. He also threw four TD passes. He is approaching Joe Burrow-like numbers as he now has 5545 passing yards and 56 touchdowns and 11 INTs. Burrow threw an NCAA record 60 touchdown passes in 2019.

Both teams combined for 1124 yards of total offense. 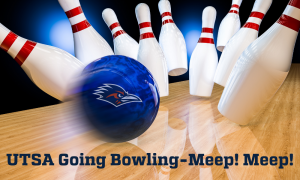 UTSA improves to 12-1 as they await their bowl destination. Western Kentucky falls to 8-5 after winning seven straight games since a loss to UTSA in October. The Hilltoppers are also going bowling, waiting to hear of their destination.