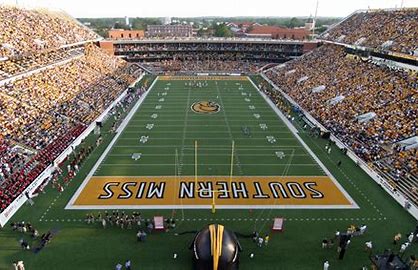 Darveau comes to Southern Miss from Missouri State where he served in the same position.

He also held the same position in 2019 while at USF, helping to lead a running attack that yielded 4.4 yards per carry, with the team’s top two ball carriers each netting more than 5.1 yards per attempt.

He worked the previous four seasons (2015-18) at Valdosta State.

He helped lead the Blazers to:

Prior to joining the Valdosta State program, Darveau spent the 2014 season as an offensive quality control coach at Florida.

He began his coaching career in 2008 at Southwest Minnesota State:

Originally from Hilton Head Island, S.C., he earned a bachelor of science degree in Sociology from Louisville, where he lettered in the 2004 and 2005 seasons as an offensive tackle.

He started seven games as a junior and 12 as a senior as the Cardinals posted a 20-4 record over the two seasons.

Prior to playing at Louisville, Darveau spent two seasons at Kentucky and a season at Dodge City Community College.