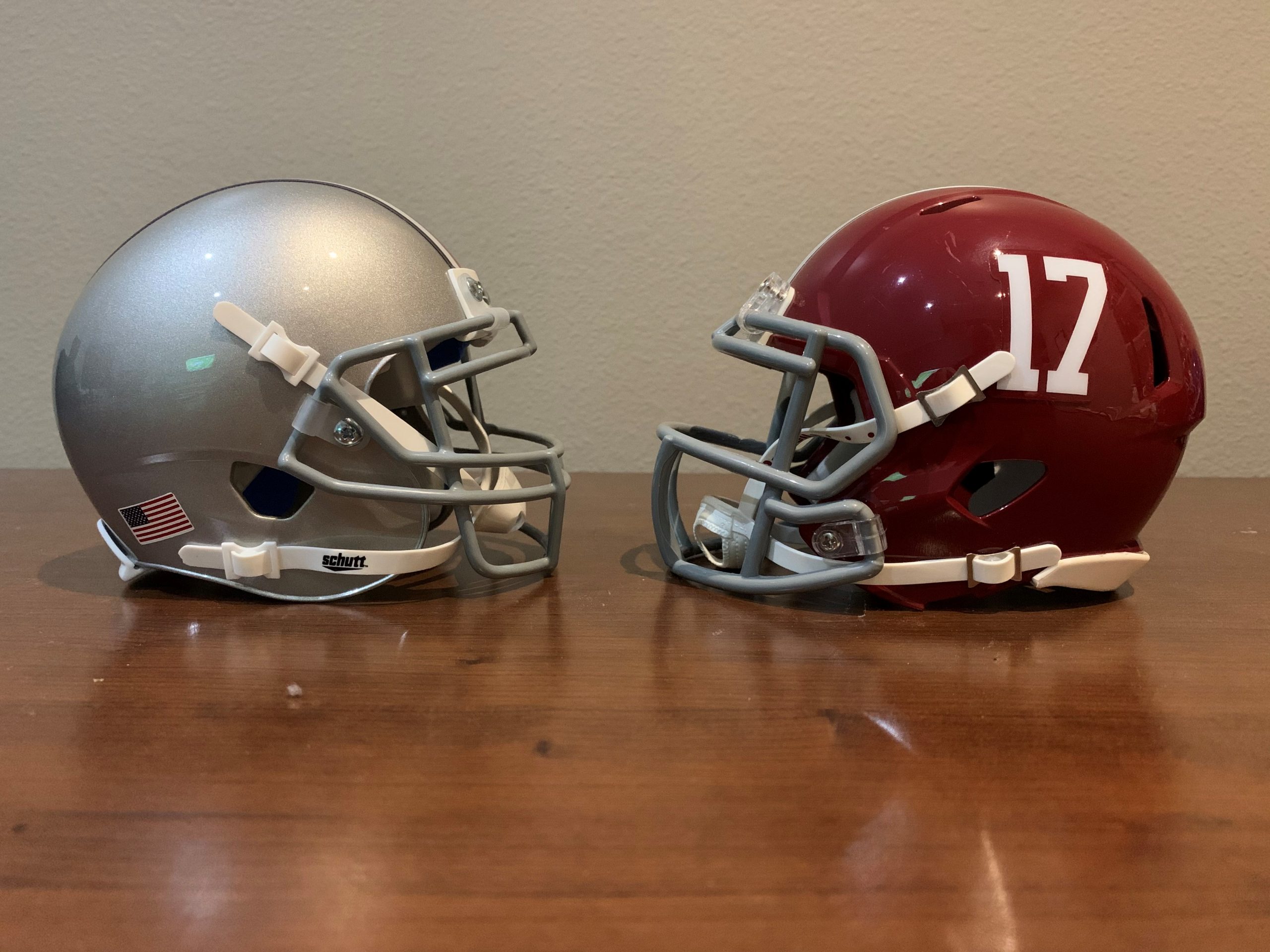 On January 11, the 2020 college football season will culminate with Ohio State (7-0) vs Alabama (12-0) in the CFP National Championship Game in Miami, Florida.

The Crimson Tide comes in boasting a record of 169-23 record under Nick Saban, five national championships, and an 88% winning percentage.

A Good Matchup, on Paper or Otherwise

The Buckeyes are the only College Football Playoff team that has the speed on the perimeter to match up with The Crimson Tide.

Statistically, both teams are pretty evenly matched, with just a slight edge given to one team or the other in certain categories.

The History of Ohio State vs Alabama

These teams have met only four times in history, with Alabama holding a 3-1 record:

Yes, the Alabama players mentioned above are phenomenal players. The stats above prove they can score at will. But a very important aspect of this offense is OC Steve Sarkisian, the 2020 Broyles Award winner for the top assistant coach in college football. His development this season of Mac Jones as a quarterback and also his play-calling have resulted in this offense setting school records for yards per game and points per game, and Jones ranking #3 in the FBS in passing yards per game (339 yards/game).

Jones has thrown 20 touchdown passes and only two INTs in his last six games.

Alabama is the only team in FBS history with a running back and a wide receiver both with 20+ touchdowns.

Both Jones and Smith are Heisman Trophy finalists.

Sarkisian will coach the offense for the last time in the title game in Miami. He has been hired as the new head coach at Texas, taking over for Tom Herman who was let go after a 7-3 season.

How They Got Here

Ohio State used the 29-23 loss to Clemson in the 2019 CFP semifinal game as motivation to get back to the playoff party in 2020. After the cancellation of the college football season by the Big Ten Conference because of the coronavirus pandemic, Big Ten players, led by Ohio State’s Justin Fields, lobbied for the Commissioner of the Big Ten (Kevin Warren) to reinstate the season.

After further review, Warren relented and the powers that be instituted an 8-game schedule with strict COVID-19 testing protocols.

In the end, the Buckeyes played only five regular-season games. Those strict COVID-19 protocols canceled three of their games. So, with a 5-0 record, those same powers that be deemed Ohio State eligible to play in the conference championship game. Other teams in the conference managed to play more games. Luck of the draw in the COVID world we now live in.

Ohio State beat Northwestern 22-10, behind the record-setting rushing performance of Sermon, to keep the Buckeyes playoff hopes alive. When the CFP final rankings came out, Ohio State made the cut with a 6-0 record. Alabama played 11  games. Notre Dame=11 games, and Clemson=11 games.

With the bad taste of a 29-23 loss to Clemson in 2019 still in their mouth, the Buckeyes came into the game as a team possessed. They wanted to dominate the Tigers and make a statement that they belonged in the college football playoff.

They did just that.

The Granddaddy of them all was moved to Jerry’s World, aka AT&T Stadium in Arlington, TX due to COVID-19 restrictions in California.

The Fighting Irish were held scoreless in the 1st and 3rd quarters.

The Crimson Tide offense rolled on as usual:

Ohio State vs Alabama: Should be a Great Game

As of this writing, Alabama is an 8 point favorite over the Buckeyes. That betting line is sure to move a lot during the next week leading up to kickoff. Both teams are extremely talented and very well-coached.

Both teams have been here before, but the Crimson Tide has been here more times. This will be Alabama’s fifth national championship game appearance in the last seven years, and they are seeking their third title in the CFP era.

Alabama has the experience and a swagger to them. Ohio State has a chip on its shoulder and is highly motivated.

Who wants it more? We will find out on January 11.

Material for this article sourced from ESPN.com, and cfbstats.com.