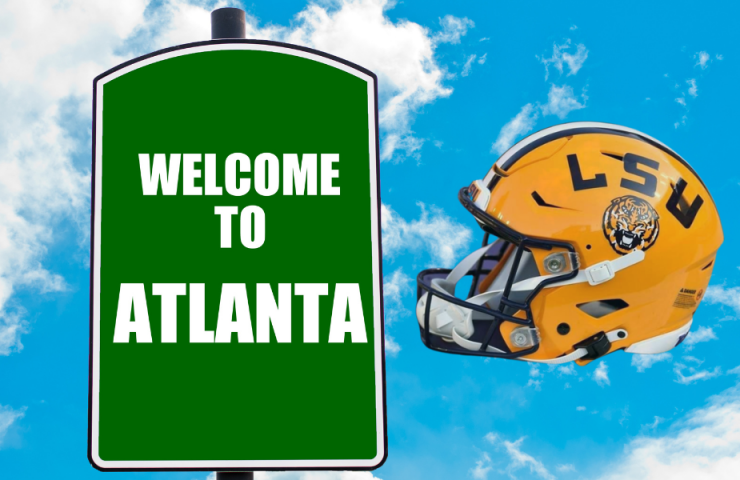 LSU Goes Down to Georgia Looking for a Win to Steal

LSU vs Georgia. The SEC Championship Game. One team is 12-0 for the second consecutive season. The other has exceeded all expectations in year one of a new head coach. Both teams descend upon Atlanta on Saturday looking to hoist the conference championship hardware. They have been here before.

After two years of sub-par football, and a mass exodus of scholarship players (only 39 suited up for the bowl game last year vs Kansas State), LSU has turned in an excellent season.

First-year head coach Brian Kelly has come in and changed the culture of this team. He re-recruited those players committed to the Tigers and was aggressive in securing the pledges of OL Will Campbell, OL Emory Jones, QB Walker Howard, and LB Harold Perkins, Jr.

Kelly and his staff have reinvigorated the LSU football program and kept it relevant in the national media and the college football world. In addition, they have put together a Top 5 recruiting class for 2023.

After a blowout loss to Tennessee in Death Valley, the Tigers went on a five-game win streak. The Tigers defeated two Top Ten teams (Ole Miss and Alabama) and won the SEC West. Not too shabby for a team that everyone predicted would finish fifth in their own division.

The Tigers laid an egg in a road loss to overrated Texas A&M last Saturday, perhaps a result of looking ahead to a trip to Atlanta to play the #1 ranked Georgia Bulldogs.

If LSU is to have a chance to win against the Dawgs, they must do what they couldn’t do against the Aggies.

For example, the Tigers had no deep vertical threat at wide receiver vs Texas A&M. In fact, the longest pass completion for LSU was 22 yards. LSU needs to attack the Georgia DBs with a vertical passing game and take shots down the field, not dinking and dunking for short-yardage gains.

LSU could not stop the Aggies’ rushing attack. RB Devon Achane gained over 200 yards and scored two TDs. The Tigers will have to do much better than that. They should go back and review the game film of the win over UAB. LSU limited the Blazers’ 6th-ranked rushing offense to just 48 yards for the game.

And, the Tigers could not get any penetration at the line of scrimmage. They recorded zero sacks against the Aggies’ freshman starter at quarterback, Connor Weigman. During their five-game winning streak, the Tigers had racked up 12 sacks.

QB Jayden Daniels injured his ankle against the Aggies and was in a walking boot on Monday. However, Kelly expects Daniels to be ready to go on Saturday.

And, whatever plays that OC Mike Denbrock has left in the back of the playbook that he hasn’t called for during a game this season, Saturday would be a good time to get creative and use them.

Yes, Georgia’s vaunted defense ranks in the Top 5 in the FBS in rush defense, scoring defense, and total defense. But in other areas of the game where they could really wreak havoc and cause negative plays, they’re not exactly setting the world on fire.

For example, the Bulldogs have recorded just eight INTs on the season (three INTs over the last nine games), good enough for #85 in the FBS.

Then, there is this little factoid. In four games this season, Georgia has shown they can struggle at times offensively in the first half. For example, the Bulldogs:

The casual college football fan might ask: is Georgia really that good in all phases of the game, or has their opposition simply been that bad?

As of this writing, Georgia is a -17.5-point favorite over LSU. No one is giving the Tigers a chance in this game.

But, all the pressure is on Georgia.

Georgia is undefeated on a strength of schedule that is rated as the 58th toughest in the country, according to Phil Steele. They have two wins over Top 25 opponents (#11 Oregon in week 1 and #2 Tennessee). Could Georgia be due for a fall?

By contrast, LSU’s strength of schedule ranks as the 6th toughest of the 2022 season, with the aforementioned wins over #7 Ole Miss and #6 Alabama.

If not, Ray Charles will be crooning “Georgia” over the loudspeakers and the Bulldogs will pick up where they left off last season: a berth in the College Football Playoff and a shot at another national title.

Previous ArticleLSU vs Texas A&M: Tigers on the Prowl for their 10th Win