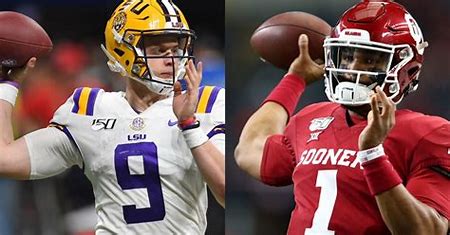 The college football national semifinal game between the #1 LSU Tigers and the #4 Oklahoma Sooners will showcase the Heisman Trophy winner in Tigers QB Joe Burrow versus the Heisman runner-up in Sooners QB Jalen Hurts.

But over the last three games, LSU and Oklahoma couldn’t be any more different.

Offense And Defense On The Same Page

LSU has been ranked in the top five since September 8th and ranked #1 since October 27th. Over the last three games versus Arkansas, Texas A&M, and Georgia, LSU outscored them 143-37. The offensive numbers are impressive in those three games:

But the Tigers defense, a unit that has been inconsistent at times, has been equally impressive over that same three-game stretch: 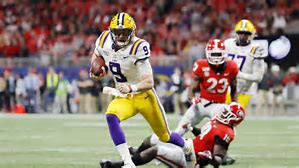 The Tigers are coming off a 37-10 win over Georgia in the SEC Championship Game, LSU’s first conference title since 2011. Burrow completed 28 of 38 passes for 349 yards and 4 touchdowns, with no interceptions.

Now, the Tigers are executing consistently on both sides of the ball. And it couldn’t have happened at a better time.

Sooners appear to be Struggling

It’s a different story for the fourth-ranked Sooners. Led by Hurts, the 2019 Heisman runner-up, Oklahoma has been ranked in the top ten all season.

But over their last three games, they haven’t exactly set the world on fire from a production standpoint. Against TCU, Oklahoma State, and Baylor, the Sooners have produced these offensive numbers:

And on the defensive side of the ball, Oklahoma has struggled a bit: 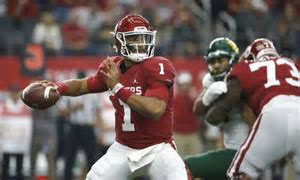 In the Big 12 Championship Game versus Baylor, the Sooners were held scoreless in the 2nd quarter and were down 13-10 at halftime. After Baylor lost their first and second string quarterbacks, Oklahoma outscored Baylor in the second half to tie the game and forced an overtime period. After Baylor failed to score on their possession in OT, the Sooners scored on a 5-yard run to secure a 30-23 victory and win their fifth consecutive Big 12 title.

The CFP semifinal. LSU vs. Oklahoma. Burrow vs. Hurts. It doesn’t get any better than that.