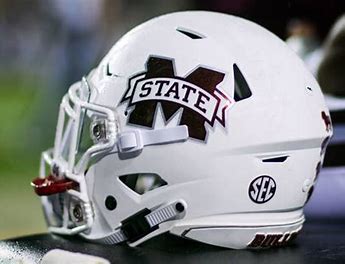 Because players are always looking to make their situation better, both from a scheme standpoint as well as improving their chances to get to the NFL, the transfer portal has become an invaluable tool in recruiting talent. And so, Former Stanford quarterback KJ Costello’s journey begins from Palo Alto to Starkvegas to learn the Air Raid offense under Mississippi State head coach Mike Leach.

A Solid Career at Stanford

As a redshirt freshman in 2017, Costello played in 11 games. He threw for 1573 yards and 14 touchdowns and only 4 interceptions, splitting time with senior Keller Chryst. But Stanford was a run-first offense that season featuring running back Bryce Love, who would rush for 2118 yards and score 19 touchdowns on the ground.

But 2018 was Costello’s best year statistically with the Cardinal, who would finish with a 9-4 record that year. As a junior, he recorded the following (according to cfbstats.com):

But in 2019, Costello’s season would be cut short after suffering a concussion in week 1 and then a thumb injury later in the season. He would play in just five games, throwing for 1038 yards, 6 touchdowns, and 3 interceptions.

For his career, he threw for 6,151 yards, 49 touchdowns, and 18 touchdowns in 29 games during his three seasons in Palo Alto.

The Success of Transfer Quarterbacks in the Air Raid System

But, there is a recent example of the success of transfer quarterbacks in Mike Leach’s Air Raid system: former Washington State and current Jacksonville Jaguars quarterback Gardner Minshew II.

Minshew was a transfer from East Carolina when he became the starter at quarterback for Washington State in 2018. As the starter, he would lead the Cougars to an 11-2 record and #10 ranking in the final AP Poll after putting up some impressive stats (stats provided by cfbstats.com):

As a 6th round pick of the Jaguars in the 2019 NFL Draft, Minshew would become the starter for 12 games last season. He threw for 3271 yards, 21 touchdowns, and 6 interceptions. As a rookie starter, his record was 6-6. Per Dan Graziano and Jeremy Fowler of ESPN in an article written for Jagswire.usatoday.com, the Jaguars want to move on from the previous starter Nick Foles and install Minshew as the starter in 2020.

Mike Leach and the “Air Raid”

Costello could not have picked a better system to improve his passing skills than the Air Raid.

As the head man at Texas Tech, Leach’s Air Raid ranked in the Top 5 in nine of his 10 seasons in Lubbock, including six years ranked as the #1 passing offense in the NCAA.

So, the Bulldogs get a quarterback in Costello who is smart and can make all the throws. He has NFL size and makes all the throws. And, the Air Raid will definitely enhance his passing skills even more, which bodes well for his game at the next level. Why? Because the NFL has taken a liking to high-powered college passing offenses in recent years. And, Costello is undoubtedly the most experienced quarterback on the Mississippi State roster.

And, of course, there will be some sort of competition in spring practice for the starting quarterback slot with sophomore Garrett Schrader. But Schrader split time last season with Tommy Stevens.

So, Mississippi State will be much improved this season with Leach and the Air Raid, Costello at quarterback and the return of RB Kylin Hill (over 1300 yards rushing in 2019) and LB Erroll Thompson (84 tackles).

Other material for this article sourced from sports-reference.com