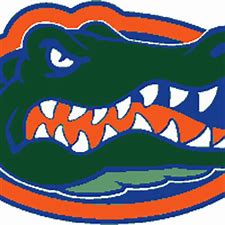 The Florida Gators (10-2) will meet #24 Virginia Cavaliers (9-4) in the Orange Bowl. Kickoff is set for 7:00 pm on Monday, December 30th at Hard Rock Stadium in Miami. The Cavaliers are coming off a 62-17 loss to Clemson in the ACC championship game. 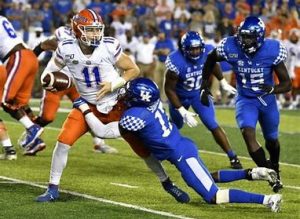 The Gators, coached by Dan Mullen, are led on the field by QB Kyle Trask. Trask took over for an injured Felipe Franks in the Kentucky game and has thrown for 2636 yards and 24 touchdowns against only 6 interceptions. Trask’s main receiving targets are TE Kyle Pitts (610 yards, 5 TDs), WR Van Jefferson (528 yards, 6 TDs), and WR Freddie Swain (496 yards, 7 TDs). Trask has thrown 15 touchdowns in the last five games.

RB Lamical Perrine leads the rushing attack with 538 yards and only 4 touchdowns. But, the Gators have failed to rush for 100 yards in their last two games and have rushed for 100 yards in only five games this season.

The Florida defense is the real strength of this team, led by LB Jonathan Greenard. Greenard has recorded 14.5 tackles for loss and 8.5 sacks on the season.

The Gators are ranked in the Top 10 in total defense (299 yards/game) and scoring defense (14 points/game).

But in their only two losses against #1 LSU and #5 Georgia, Florida had zero interceptions and zero sacks. And against the Tigers, they could only muster one tackle for loss.

As Perkins Goes, So Go The Cavaliers 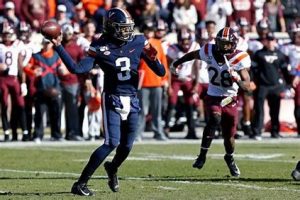 Perkins has also rushed for 100 yards in three games this season.

The Gators and Cavaliers will meet in the Orange Bowl. But they have only played each other once in school history. They met in 1959, with Florida winning 55-10.