Home » Cowboys and Aggies Face Off In Texas Bowl

Cowboys and Aggies Face Off In Texas Bowl 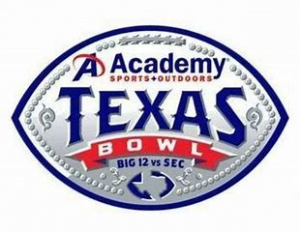 The Oklahoma State Cowboys and the Texas A&M Aggies will face off in the 2019 Academy Sports and Outdoors Texas Bowl on Friday, December 27th at NRG Stadium in Houston, TX. Kickoff is scheduled for 5:45 pm.

The Cowboys, coached by Mike Gundy, are 8-4 on the season. They are winners of their last three bowl games and are 9-4 in bowl games under Gundy.

Oklahoma State is led by the nation’s leading rusher in RB Chuba Hubbard. Hubbard rushed for 1936 yards and 21 touchdowns on 309 carries. He is averaging 161 yards per game.

Hubbard scored three or more touchdowns in three games this season and rushed for 200 or more yards four times.

QB Spencer Sanders handles the quarterback duties. He has thrown for 2065 yards and 16 touchdowns with 11 interceptions. Sanders completed 62.8% of his passes.

Sanders primary target is WR Tylan Wallace, who has 53 catches for 903 yards and eight touchdowns.

The Cowboy offense has scored 30 points or more in eight games and has gained 500 yards or more in total offense five times this season.

“Cowboy Up” On Defense

Texas A&M (7-5) was regarded as a team that might could crack the Top Ten coming into the season. They came in at #12 in the AP Preseason Poll in year two under coach Jimbo Fisher. But a brutal schedule crushed those lofty expectations.

Texas A&M is coming off back-to-back losses to Georgia and LSU by a combined score of 69-20. They were held to -1 yard rushing versus Georgia. In that game, QB Kellen Mond rushed for -8 yards and completed just 33% of his passes. Against LSU, the Aggies were held to 169 total yards of offense.

Mond Is A Leader On The Field

Mond has thrown for 2802 yards and 19 touchdowns and nine interceptions. He averages 233 yards passing per game.

In the rushing department, RB Isaiah Spiller has gained 1076 yards from scrimmage: 869 rushing and 207 yards receiving, and 9 touchdowns.

Mond’s favorite target is WR Jhamon Ausbon, who has 65 catches for 862 yards and 4 touchdowns.

But Mond has been running for his life from a protection standpoint, as the Aggies offensive line has allowed 33 sacks this year. That’s good for dead last in the SEC.

On defense, Texas A&M ranks in the top five of the SEC in rushing defense (129 yards per game) and tackles for loss (81). The leading tacklers are junior LB Buddy Johnson (71), sophomore LB Anthony Hines III (70), and freshman DB Demani Richardson (63).

The Aggies lead the series with Oklahoma State 17-10.

Previous ArticleTigers Are SEC Champs With 37-10 Win Over Georgia
Next ArticleMiss. State Cowbells Will Be Ringing Loud And Proud In Music City Bowl vs Louisville