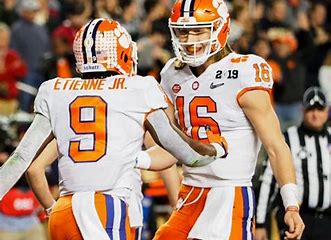 On Friday, at the All-State Sugar Bowl in New Orleans, La, it will be Clemson vs Ohio State in a CFP semifinal game. It will be a college football playoff rematch of the 2019 game in which Clemson won 29-23. This will be Ohio State’s 4th appearance and Clemson’s 6th appearance in the CFP.

Here is a breakdown of Clemson vs Ohio State

Due to COVID-19, the Buckeyes only played six games, winning all six games. That’s half of what the other playoff teams have played.

The Buckeyes fielded a Top Ten offense in 2020:

Ohio State is also good against the run, ranking #7 in FBS in rushing defense allowing 96 yards/game.

Ohio State is led on the field by QB Justin Fields in his second year as the starter. His stats in 2020:

And their defense, well they are equally as good:

Clemson vs Ohio State: Who Will Win?

There are many who say that Ohio State doesn’t belong in the college football playoff. They only played 6 games. The Big Ten changed their own rules to “accommodate” the Buckeyes (like the number of games needed to qualify for the conference title game. First, it was eight, then they changed it to six games. And, the CFP Committee chose undefeated Ohio State regardless of how many games they played.

But Clemson is extremely talented on both sides of the ball. They move the ball efficiently on offense and are very stingy on defense. In the end, the Tigers are just too tough. Clemson wins.

Thank you for reading thegridironnews.com.

Material for this article sourced from cfbstats.com.