After a slow start, the #2 LSU Tigers made plays when they needed to and held on to beat #9 Auburn 23-20 on Saturday in Tiger Stadium. Auburn is now 0-10 against LSU in Death Valley since 1999.

It was LSU’s third win against a Top Ten opponent this season.

But it wasn’t the most efficient game played in terms of execution, as both teams combined for 27 penalties for 216 yards.

LSU gained 508 yards of total offense against one of the best defensive fronts in college football to get a hard-fought victory.

But the LSU offense came back to form and was able to move the ball effectively, both running and passing. The LSU offense ran 88 plays against Auburn and by the 4th quarter, their defense was out of gas. 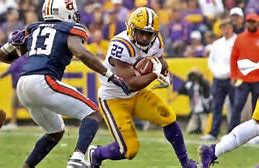 LSU gained 30 first downs while holding Auburn to just 16 total for the game.

Another reason the Auburn defense couldn’t hold up was that Auburn’s offense was ineffective, resulting in 10 punts for a whopping 462 yards. 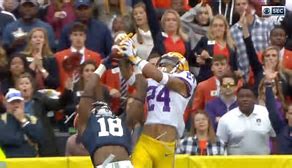 The LSU defense made plays as well, recording 3 sacks and 4 tackles for loss. CB Derek Stingley made an interception of a Bo Nix pass, his 4th of the season and LSU’s ninth in 5 games.

LSU remains undefeated at 8-0 and is now ranked #1 in the AP Poll, setting up a battle of unbeaten teams when they take on #2 Alabama in Tuscaloosa on November 9th.

Previous ArticleThe Good, Bad, and The Ugly: Week 9
Next Article#15 SMU And #24 Memphis: 2 Of The Best Group Of 5 Teams