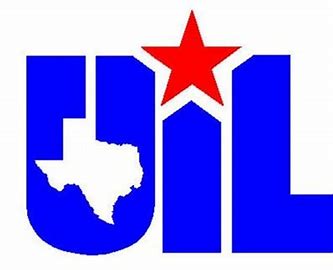 Highest-Rated HS Football Recruits of All-Time, Three are from Texas

If you’re an avid football fan, as I am, you will want to read an article written by Rick Suter of USA Today High School Sports, naming the highest-rated HS football recruits of all-time. It lists some familiar names and three are from Texas.

Edwards was ranked #3 overall, regardless of position, in the Class of 2012. He was a beast. His high school stats and accolades were impressive. According to www.seminoles.com:

He was selected in the 2nd round of the 2015 NFL Draft by the Oakland Raiders. He played with the New Orleans Saints in 2019.

Peterson was the #1 overall recruit in 2004, according to 247 Sports.com. He accounted for 5011 rushing yards and 54 TDs in 2 years of high school ball. He had a ton of scholarship offers, signing with Oklahoma. As a starter his freshman season with the Sooners, Peterson did not disappoint, according to Sports-reference.com/cfb.

His career numbers at Oklahoma:

Peterson was selected in the 1st round, 7th overall, by the Minnesota Vikings in the 2007 NFL Draft.

According to Pro-Football-Reference.com, his NFL stats over a 14-year career are Hall of Fame worthy:

Peterson played with Washington in 2019.

Vince Young was the #1 high school recruit in 2002, according to 247 Sports. As a senior at Houston Madison, Young accounted for:

As the starter for the Longhorns,  2005 was Young’s best year in Austin. His numbers were Heisman-worthy:

As a result, his post-season accolades were numerous:

In the 2006 BCS National Championship Game at the Rose Bowl, Young led a 4th-quarter drive and scored the winning touchdown on a 17-yard run to win the game 41-38 and the national title for the Longhorns. He took over that game:

His career numbers at Texas:

Young was drafted in the 1st round, 3rd overall, by the Tennessee Titans in the 2006 NFL Draft. These are his NFL career stats over a 6-year career, according to Pro-Football-Reference.com:

As a perennial hotbed for recruiting, the State of Texas certainly will continue to add to this list of highest-rated HS football recruits of all-time.

Thank you for reading thegridironnews.com.