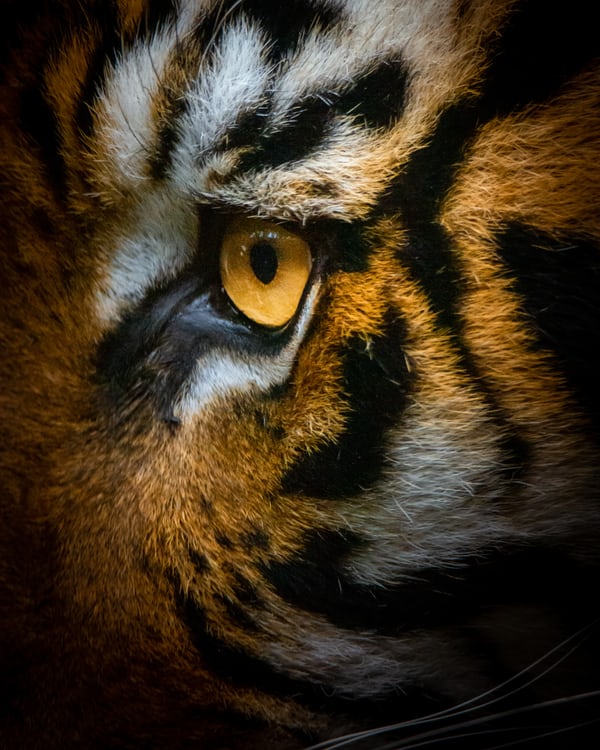 In 2019, The LSU Tigers made history. At LSU, heroes walk through Death Valley on Saturdays. But prior to 2019, when was the last time LSU was ranked in the Top 2 in the country in passing offense?

As a matter of fact, 2019 was an anomaly for the Tigers, based on their history.

LSU has ranked no higher than 45th in the FBS in passing offense over the last decade. In five of those years, the Tigers ranked near the bottom of the FBS (in the 100’s) in regards to throwing the ole’ pigskin around.

Under former coach Les Miles, LSU was known as an old school, run the ball between the tackles type of team. Consequently, the Tigers threw the ball just enough not to be too one dimensional. But, it worked, winning a national title in 2007.

As LSU proved it could throw the ball, they just couldn’t throw it consistently. For this reason, it seemed that passing the ball was an afterthought. And, it showed, both in play-calling and in recruiting. Consequently, the Tigers failed most years to recruit a top-flight quarterback. In fact, there is one glaring example and a couple of notable exceptions.

But, in 2011, LSU went 13-0 in the regular season and earned another national championship game appearance. It would be a rematch with Alabama in a de facto home game for the Tigers. The game would be played in the Superdome in New Orleans.

In that game, LSU QB Jordan Jefferson completed just 11 passes on 17 attempts for a paltry 53 yards and 1 INT, averaging a minuscule 3 yards per pass attempt. Alabama scored only 5 field goals until late in the 4th quarter when running back Trent Richardson scored on a 34 yard TD run.

The Tigers crossed midfield only once the entire game.

Miles inexplicably refused to make a quarterback change at halftime and stuck with Jefferson. Call it stubbornness, call it being too prideful. For whatever reason, Miles thought at that point in the national championship game that Jefferson was the better option over backup QB Jarrett Lee.

A Graduate Transfer Quarterback from Ohio

Fast-forward to 2018, the Tigers ranked #67 nationally in passing offense at 228 yards/game, #38 in scoring offense averaging 32 points/game, and #61 in total offense at 402 yards per game. The Tigers were led by QB Joe Burrow, a graduate transfer from Ohio State. Burrow’s numbers in 2018 were ok:

Burrow got off to a slow start. But he came on strong over the final three games of the season versus Rice, the 7 overtime loss at Texas A&M and the Fiesta Bowl win over UCF. Over that three-game stretch, Burrow threw for 971 yards, 9 Tds and only 1 interception.

Burrow carried over that 2018 season-ending momentum into the 2019 season. In just the first month of last season, he had already surpassed his 2018 numbers in touchdowns, completion percentage, and passing yards per game. He was cool and confident leading the new spread offense. Burrow put the Tigers on pace to be one of the most prolific passing offenses in school history and in college football.

What a difference a year makes.

By the end of September 2019, LSU found itself as one of the top teams in the country in passing offense (#2 nationally at 431 yards/game), scoring offense (#1 nationally at 57 points/game), and total offense ( #3 at 563 yards/game). And, the Tigers kept rolling, beating seven Top Ten teams. Wide receivers Ja’Marr Chase, Justin Jefferson, Terrace Marshall, and running back Clyde Edwards-Helaire quickly became superstars.

Transforming from Ground and Pound to Prolific Passing Attack

So what was the catalyst in this remarkable transformation of the LSU passing attack? Firstly, it was the hiring of Joe Brady as Passing Game Coordinator. Head Coach Ed Orgeron hired Brady, 29 years old, away from the New Orleans Saints after hearing Brady speak at a coaching clinic on the run-pass option spread offense.

Secondly, the spread offense was one that Burrow had been experienced with since middle school. He was a natural fit.

Thirdly, the Tigers ran 3 and 4 wide receivers on almost every play. They ran with no-huddle, which definitely kept the defense at a disadvantage and prevented regular defensive substitutions.

Burrow led the Tigers to wins over seven Top Ten teams, with defining moments coming in week 2 against Texas, and in November at Alabama.

That defining moment against Texas came in the form of a 3rd down and 17 play call late in the 4th quarter. Burrow, under heavy pressure, threw a strike across the middle to Jefferson who then raced down the left sideline for a 61-yard touchdown.

Under those circumstances, the “LSU of old” would have used ball-control to gain a couple of first downs and run out the clock. Playing “not to lose.”

But Brady and Offensive Coordinator Steve Ensminger told Coach Orgeron that they were going to throw the ball and go down and score. And they did. The Tigers played to win. Texas did score a late touchdown, but it was too little too late. LSU won that game 45-38.

And then came Alabama and the “streak” in November.

The Streak is Over

LSU had not beaten Alabama in their last eight regular-season matchups. 0-8 against the Tide. Something had to give.

The Tigers never trailed in the game. Burrow passed for 393 yards and 3 TDs and no interceptions, also rushed for 64 yards, gaining first downs and keeping drives alive with his legs. Burrow executed a quarterback run to get down inside the Alabama 10-yard line with a minute and a half left in the game. That run set up a 7-yard touchdown by RB Clyde Edwards-Helaire to extend LSU’s lead to 12 points. Alabama would score again, but it was too little too late. The Tigers won the game 46-41 and ended their losing streak to the Crimson Tide.

LSU finished the 2019 regular season undefeated. Over the last two regular-season games and in the SEC Championship Game victory over Georgia, the LSU defense peaked at the right time and produced the following numbers, according to cfbstats.com:

Burrow went on to win the Heisman Trophy, becoming the second LSU Tiger to win the award (Billy Cannon won it in 1959). In winning the award, Burrow set Heisman voting records:

He also won numerous other awards, becoming the most decorated quarterback in college football and in LSU history.

Making the College Football Playoff for the First Time

And so, the Tigers made their first appearance in the era of the College Football Playoff, taking on the Oklahoma Sooners in the national semifinals. Burrow and company did not disappoint. The senior from Athens, Ohio threw for 493 yards and seven touchdowns and no interceptions. He also ran for a touchdown as the Tigers beat the Sooners 63-28, a 35-point margin of victory. Consequently, LSU set several College Football Playoff (CFP) records that day:

As a result, LSU earned a spot in the College Football National Championship Game (their fourth appearance in modern school history) against the defending national champion Clemson Tigers.

LSU was uncharacteristically slow to start the game, but by the second quarter, LSU took the lead and never relinquished it. Clemson QB Trevor Lawrence came into the game 25-0 as the starter. The Tigers of LSU held Lawrence to less than 50% completion percentage and zero touchdowns. They held RB Travis Etienne, the reigning ACC Player of the Year to less than 100 yards rushing and one touchdown. Grant Delpit forced a fumble by Lawrence late in the game and it was recovered by Derek Stingley. As a result, LSU beat Clemson 42-25. It was LSU’s third national championship in the modern era, fourth in school history.

QB Joe Burrow passed for 463 yards and 5 touchdowns and no interceptions. RB Clyde Edwards-Helaire rushed for 110 yards and had 54 yards receiving. LSU gained 631 yards of total offense, did allow Burrow to be sacked five times, and had 118 yards in penalties.

And, the LSU defense also stepped up. In addition to the forced fumble, the Tigers sacked Lawrence twice and recorded eight tackles for loss. Accordingly, they held Clemson scoreless in the fourth quarter.

But, with success comes defections to the NFL. Nine underclassmen declared for the 2020 NFL Draft.

At LSU, heroes walk through Death Valley on Saturdays. LSU was a team of destiny in 2019.

Previous ArticleThe Good, Bad, And The Ugly: Week 5
Next ArticleThe 84th Meeting of Auburn vs Florida Kicks Off Saturday At The Swamp