The rivalry between LSU and Auburn is as good as it gets in college football. LSU owns a 30-22-1 advantage in the series that dates back to 1901, and the two teams have played every year since 1992.

But an even more significant stat line is this: Auburn has not won in Tiger Stadium since a 41-7 win in 1999. The moniker “Death Valley” certainly holds true with Auburn posting an 0-9 record over the last 20 years in visits to one of the toughest places to play in college football.

So, as both teams prepare for this Top Ten matchup, LSU’s third of the season, here are some compelling numbers you may find interesting. I will start with Auburn:

Auburn will be without starting RB Jatarvious Whitlow who had surgery after suffering a knee injury earlier in the season.

Does that mean that head coach Gus Malzahn will rely more on true freshman QB Bo Nix to move the offense down the field. We shall see. Auburn has allowed 10 sacks this season.

LSU’s offensive success has been no secret this season, as it has come as part of a total transformation and reversal of philosophy not seen in Baton Rouge in over a decade. The numbers are simply spectacular: 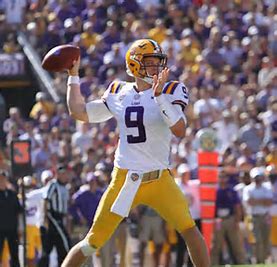 Senior QB Joe Burrow has been on fire and very efficient each week, completing 79% of his throws.

Burrow is now considered by many to be the front-runner for this year’s Heisman Trophy.

Defensively, the two teams are just about dead even in the 4 major defensive categories: 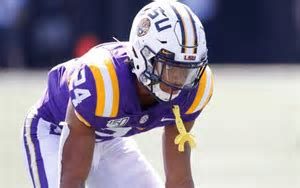 D.B.U was slow out of the gate to begin the season, recording zero interceptions in the first 3 games.

But since that time, the LSU secondary has played up to the D.B.U reputation by notching 8 interceptions in their last 4 games.

LSU is +5 in turnover margin.

The difference in the game will be LSU’s ability to neutralize the Auburn pass rush, led by a couple of senior defensive linemen in Marlon Davidson (5.5 sacks) and Derrick Brown (3 sacks).

LSU must continue to give Burrow protection and give him time to pick apart Auburn’s secondary and keep Burrow upright as much as possible. LSU has allowed 12 sacks through 7 games this season, an average of 1.5 sacks per game.

LSU will win this game doing what they have done all year, putting pressure on defenses and not allowing substitutions by running no-huddle and lining up 3 and 4 wide receivers and throwing the ball up and down the field.

By the 4th quarter, the Auburn defense should be gassed and War Eagle will be 0 for their last 10 in trips to Death Valley.

Previous ArticleLSU vs Auburn 1988: The Earthquake Game
Next ArticleThe Good, Bad, and The Ugly: Week 9