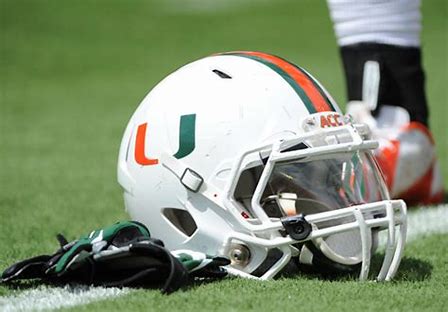 Former Houston QB D’Eriq King transfers to Miami (FL). King announced on Monday that he will officially transfer to Miami (FL) and play for head coach Manny Diaz. The former Cougar quarterback played in four games in 2019 before deciding to take advantage of an NCAA rule that allows a player to play up to four games and then take a redshirt for the rest of the season, without losing eligibility.

As Houston went 1-3 over that four-game stretch, King didn’t complete 60% or better of his passes. As a senior, King said he would return to Houston in 2020.

All that changed on Monday. King will now be part of a Hurricane quarterback room that also includes Jarren Williams, N’Kosi Perry, and Tate Martell.

D’Eriq King’s best year with the Cougars came in an injury-shortened 2018 season. As the starter, he passed for 2982 yards and 36 touchdowns and only 6 interceptions, while also rushing for 674 yards and 14 touchdowns. ESPN ranked him as one of the Top 50 players going into the 2019 season. And, his 2018 performances tell the story:

He missed the last two games against Memphis and the bowl game versus Army (a 70-14 beatdown) due to injury.

King kept the Cougars close in week 3 versus Mike Leach and the “Air Raid” Washington State Cougars, but could not hold on in a 31-24 loss.

And then, in week 4 against Tulane, the Greenwave used a couple of “trick” plays late in the fourth quarter to secure a come from behind victory 38-31 over the Cougars.

So, King decided to “take a redshirt” and sit out for the rest of the 2019 season.

Miami Gets a New OC

The Hurricanes decided to part ways with OC/QB coach Dan Enos after the 2019 season after a dismal 6-7 season and a 14-0 loss against Louisiana Tech in the Walk-On’s Independence Bowl.

Lashlee has had coaching stops at UConn, Auburn, and most recently SMU (2019) prior to arriving in Coral Gables. As the offensive coordinator with the Mustangs, Lashlee coached an offense that was very productive in 2019:

By contrast, Miami ranked #98 in total offense (367 yards/game), #52 in passing offense (249 yards/game), and #90 in scoring offense (26 points/game). Lashlee is a major coup by Coach Diaz and will be an instant upgrade for the Hurricane offense.

If King can navigate through a very crowded quarterback room, and produce numbers like he did in 2018, Miami could be like the Hurricane teams of old in 2020.

Material for this article sourced from cfbstats.com, thespun.com, sportslogos.net