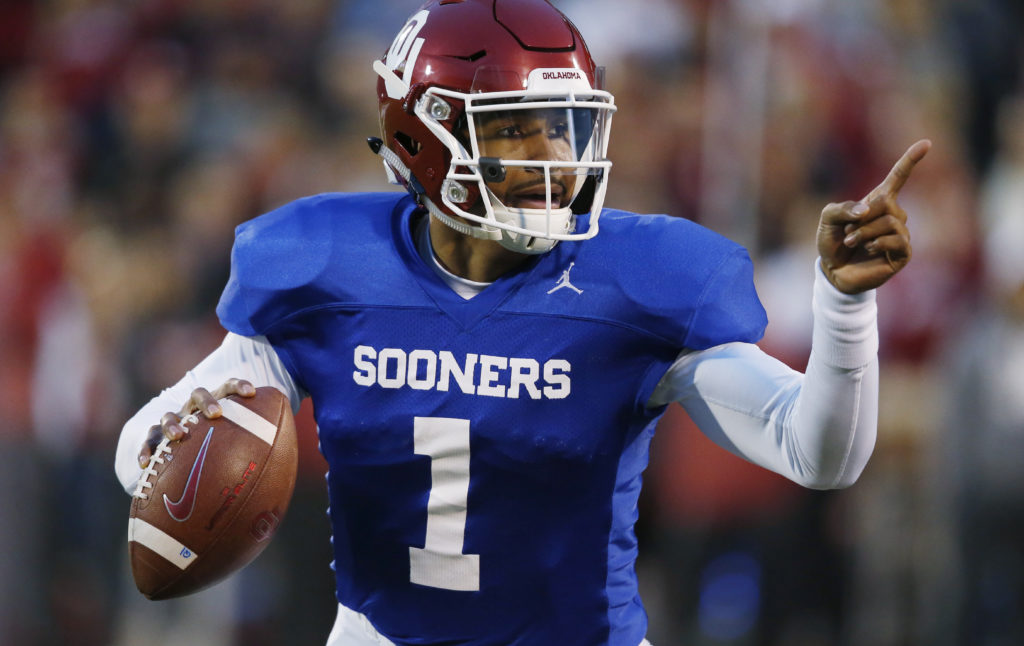 The University of Oklahoma has produced back-to-back Heisman Trophy winners and has been to the College Football Playoffs 3 of the last 4 years. But, they have failed to reach the title game. The 2019 season could be very different.

Before spring practice, the Sooners football program received news that former Alabama quarterback Jalen Hurts would enroll at Oklahoma as a graduate transfer.

This is a major coup for Head Coach Lincoln Riley, with Kyler Murray being selected #1 overall in the NFL Draft, and with no experienced backup with any meaningful reps in game situations. According to http://sports-reference.com, here are Hurts’ offensive statistics:

He is a proven winner with Championship Game experience. And, he is the ultimate team player. Hurts stayed on as a backup to Tua Tagovailoa while he finished his degree.

Coach Riley’s Air Raid Offense is tailored made for him.

Coach Grinch comes to the Sooners after serving as Co-Defensive Coordinator under Urban Meyer at Ohio State in 2018. He also served as DC at Washington State from 2015-2017. In 2017, according to http://cfbstats.com, the Cougars defensive unit:

In 2018, according to http://big12sports.com, the Oklahoma defense ranked last in the Big 12 in total defense, pass defense, and red zone defense, and gained only 11 turnovers.

On paper, the addition of Jalen Hurts to Riley’s Air Raid offense, along with experience returning at running back, wide receiver, and tight end, and Grinch’s aggressive defense has all the makings of a dominant team. Barring injury to Hurts or failure of the defense to adapt to and execute the new scheme, and the Sooners can punch their ticket to the Big Easy and the National Championship Game.

Next ArticleExperience Returns at QB in the SEC for 2019