Week 1 Preview: Utah vs BYU in the “Holy War”

Thursday will kickoff the 94th meeting of what is affectionately called “The Holy War” between Utah and BYU. 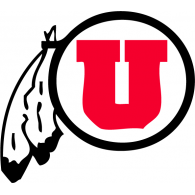 The Utes defense is one of the best in the country year after year. The defense returns 7 starters on defense that allowed only 19 points per game and recorded 37 sacks, their most since 2016. The unit returns experience and production on the defensive line, bringing back 16 of those sacks from last year. The secondary returns 3 starters who combined for 6 INT’s in 2018, one of which was returned for a TD.

The BYU Cougars are coached by Kalani Sitake and are coming off a 7-6 record. They ended 2018 on a positive note, beating W. Michigan 49-18 in the Idaho Potato Bowl. The Cougars return 17 starters, 9 on offense and 8 on defense.

The Cougars are 11-1 in season openers, but have lost the last 8 Holy Wars by an average margin of defeat of 10 points.

The Cougars return 6 offensive line starters and backups that have accounted for 52 starts. They also return their Top 3 receivers. The BYU defense allowed 21 points per game and recorded 27 sacks.

Utah is a 5-point favorite in this game. The Utes will continue their unholy dominance and make it 9 straight wins over BYU in the War.