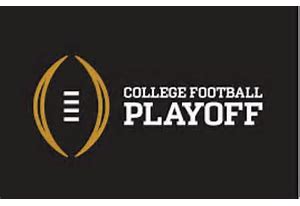 Plenty of talent returns for the top 10 teams headed into 2020.

According to cfbstats.com, here is a look at what each team in the final AP Poll returns at the offensive skill positions:

The 2019 National Champs will lose nine players to the NFL Draft, so far. But, they return quality depth at wide receiver and running back. If Myles Brennan wins the QB job, he will throw to Ja’Marr Chase (84 catches, 1780 yards, and 20 TDs) and Terrace Marshall (46 catches, 671 yards, and 13 TDs). The Tigers return a trio of running backs who saw game action this season, consisting of  Tyrion-Davis Price (295 yards rushing, 6 TDs), John Emery (188 yards, 4 TDs) and Chris Curry (185 yards rushing, zero TDs). Follow LSU football at lsusports.net.

The Buckeyes had Clemson on the ropes in the first half of the semifinal game. But, they could not throw the knockout punch when they needed to, allowing Clemson to make big plays down the stretch for the comeback win. OSU will return QB Justin Fields, a 2019 Heisman finalist, threw one interception in all of the regular season. But, he threw two more against Clemson. He did throw for 3273 yards and 41 TDs. Fields will throw to WR Chris Olave (49 catches, 849 yards, and 12 TDs) and WR Garrett Wilson (30 catches, 432 yards, and 5 TDs). Also, Master Teague takes over the running back spot for the departed J.K. Dobbins. Teague ran for 789 yards and 4 TDs. Follow Ohio State football at ohiostatebuckeyes.com.

The Bulldogs will have a new quarterback for the first time in three years. Jamie Newman is the presumed starter, taking over for Jake Fromm. Newman transferred from Wake Forest after throwing for 2868 yards, 26 TDs, and 11 INTs. He will throw to WR George Pickens (49 catches, 727 yards, and 8 TDs) and WR Dominick Blaylock (18 catches, 310 yards, and 5 TDs). Zamir White will carry the load at running back due to the departure of De’Andre Swift. White rushed for 408 yards and 3 TDs. Follow Georgia football at dawgnation.com.

QB Justin Herbert, a four-year starter, departs for the NFL after beating Wisconsin in the Rose Bowl. His graduation leaves a big hole in the quarterback room. But, the Ducks do return RB C.J. Verdell (1220 yards rushing and 8 TDs) and WR Johnny Johnson III (57 catches, 836 yards, and 7 TDs). Follow Oregon football at goducks.com.

The Sooners lost to LSU 63-28 in the semifinal game. They also lose QB Jalen Hurts, a Heisman finalist. QB Spencer Rattler could take over. He only played in three games. RB Kennedy Brooks rushed for 1011 yards and 6 TDs as a sophomore. WR Charleston Rambo (43 catches, 743 yards, and 5 TDs) also returns. Follow Oklahoma football at soonersports.com.

Tua Tagolaivoa declared for the NFL Draft after suffering a season-ending dislocated hip. QB Mac Jones took over (1503 yards passing and 14 TDs, and 3 INTs) for Tua and will return to run the Tide offense. 5-star QB recruit Bryce Young will compete as well. RB Najee Harris (1224 yards and 13 TDs) returns after being the team’s leading rusher in 2019. WR Devonta Smith (68 catches, 1256 yards, 14 TDs) and WR Jaylen Waddle ( 33 catches, 560 yards, and 6 INTs) will be Jones’s primary targets. LB Dylan Moses will return after missing all of 2019 with a knee injury. And OL Alex Leatherwood returns to anchor an offensive line that allowed only 12 sacks all season. Follow Alabama football at al.com.

QB Sean Clifford returns at quarterback. Clifford passed for 2654 yards and 23 TDs and 7 INTs. The running back spot will be solidified with the return of Journey Brown (890 yards and 12 TDs) and Noah Cain (443 yards and 8 TDs). Clifford will throw to TE Pat Frieiermuth (43 catches, 507 yards, and 7 TDs) and WR Jahan Dotson (27 catches for 488 yards). Follow Penn State football at gopsusports.com.

The Gophers will keep “rowing the boat” as QB Tanner Morgan returns. Morgan threw for 3253 yards and 30 TDs, and 7 INTs. He will throw to WR Rashad Bateman (60 catches, 1219 yards, and 11 TDs). RB Mohamed Ibrahim will return at the running back spot after rushing for 604 yards and 7 TDs. Follow Minnesota football at gophersports.com.

Yes, plenty of talent returns for the Top 10 teams going into 2020.