Home » The Kings of the West: LSU’s Purple Reign 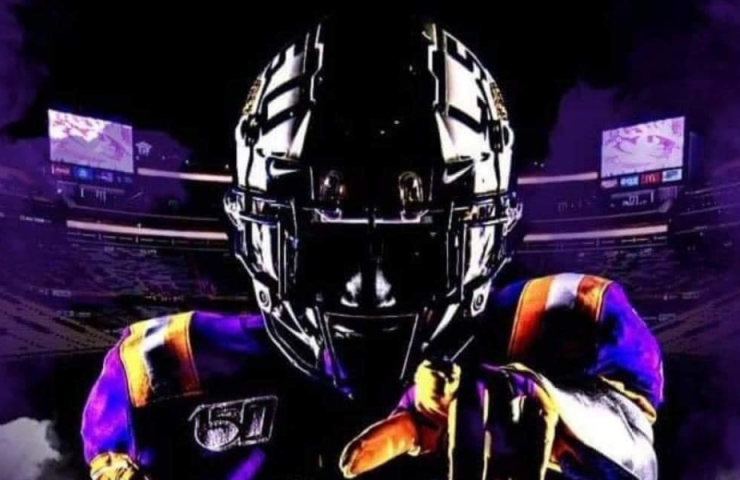 The Kings of the West: LSU’s Purple Reign

The LSU Tigers are the kings of the SEC West. Long live the kings! Before the start of the 2022 college football season, the “experts” in the media covering Southeastern Conference football projected the LSU Tigers to finish 5th in the SEC West division. What a difference a few months makes.

Since that prognostication was prognosticated, all the Tigers have done is run their record to 8-2, beat two Top Ten teams in consecutive weeks, win the SEC Western Division Title, and secure a berth in the SEC Championship Game vs Georgia on December 3rd. And, they accomplished all that with two games still left on the schedule.

Up next, the UAB Blazers.

The Blazers (5-5) have the 6th-ranked rushing offense in the FBS, averaging 246 yards per game. They are led by RB DeWayne McBride.

McBride leads the nation, rushing for 156 yards per game. He has gained 1404 yards and 17 touchdowns, averaging over six yards per carry. He did not play in week one but since then has rushed for over 100 yards in nine straight games.

In five of those games, McBride rushed for multiple touchdowns, including two games with three rushing TDs and a four-touchdown effort against Georgia Southern in a 35-21 win.

Kings of the West

LSU rolled into Fayetteville, Arkansas last week with a chance to win the division with a win over the Razorbacks and a loss by Ole Miss to Alabama. Come game-time on Saturday, the weather was frigid with ice and snow on the ground prior to kickoff.

The Tiger offense struggled all day but found some plays in the playbook that actually worked, as LSU was able to score just 13 points on the day. The Tigers’ defense stymied the Arkansas offense (without starter K.J. Jefferson) by getting in the face of backup QB Malik Hornsby with relentless pressure all game long. As a result, Hornsby was sent to the bench in favor of 3rd string QB Cade Fortin.

Good teams become great teams when they figure out a way to win when the going gets tough. That’s what the LSU defense showed against Arkansas, producing five sacks and nine tackles for loss and holding them to 249 total yards for the game.

It wasn’t pretty, but the Tigers squeaked out a 13-10 victory. And, with Alabama beating Ole Miss 30-24 later in the day, LSU clinched the SEC West Division championship.

True freshman linebacker Harold Perkins, Jr. was a beast last Saturday against the Razorbacks. For example, Perkins racked up eight tackles, four sacks, four tackles for loss, and forced two fumbles. His four sacks tied a school record and he ranks third in the SEC in sacks.

Perkins’s stats so far this season:

He is a stud and a star in the making. The future is bright for Perkins and the LSU linebacking corps.

This LSU team has exceeded all expectations, a team that was projected to finish behind Alabama, Arkansas, Texas A&M, and Ole Miss in the division.

Brian Kelly was hired to replace Ed Orgeron. From the start he was mocked and ridiculed, a man from the Northeast coming to the South to coach football in the mighty SEC. A loss to Florida State in week one on a blocked extra point brought harsh criticism from all the talking heads. He was outcoached by Josh Heupel in a blowout loss to Tennessee in Death Valley.

With that said, Kelly has coached this team through adversity and all the negativity to an 8-2 record and a division title in his first year in Baton Rouge. He has been a winner at every one of his coaching stops.

From the players buying into Kelly’s vision and the culture he and his coaching staff have created, Kelly and the Tigers have erased two years of sub-par LSU football from the minds of LSU fans. As a result, recruits have taken notice.

The LSU Tigers are the kings of the SEC West. Long live the kings!

Previous ArticleLSU Tigers Path to Victory Blocked by ‘Noles
Next ArticleLSU vs Texas A&M: Tigers on the Prowl for their 10th Win

One Reply to “The Kings of the West: LSU’s Purple Reign”