Home » Burrow and the Bengals Advance to AFC Title Game 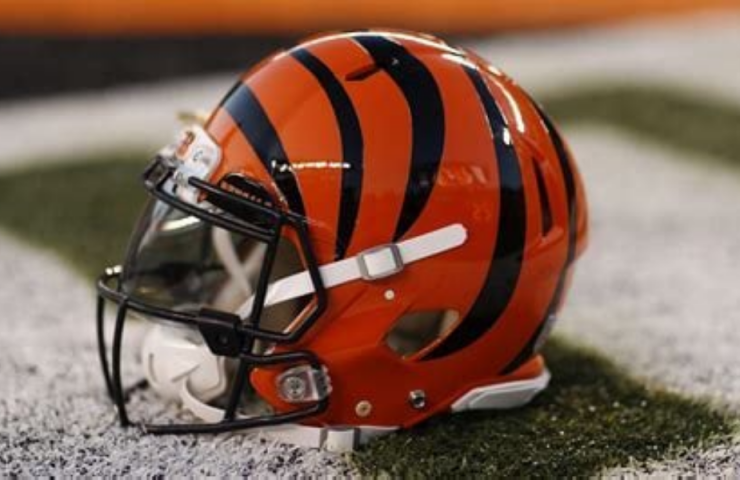 Burrow and the Bengals Advance to AFC Title Game

After suffering a season-ending knee injury early in his rookie season of 2020, Cincinnati Bengals QB Joe Burrow came back with a vengeance, turning in a record-setting 2021 campaign. As a result, Burrow and the Bengals advance to within 1 win of going to the Super Bowl.

Burrow and the bengals advance

Cincinnati advanced to the AFC Championship Game with a walk-off 52-yard game-winning field goal by kicker Evan McPherson to earn a 19-16 victory over the Tennessee Titans in the AFC Divisional Round on Saturday.

It will be the Bengals’ first appearance in the conference title game since 1988.

the best in bengals history

In 2021, Burrow set franchise single-season records in passing yards (4611) and passing touchdowns (34). He also set a team record with 525 yards passing in a 41-21 win over the Baltimore Ravens.

Burrow also recorded four games of 300+ yards passing and two games of 400+ yards passing. Over a six-week period, from Week 14 through Week 19, Burrow did not throw an interception to go with 13 touchdowns. He did throw an INT in the win over the Titans on Saturday.

Against the Titans, Burrow completed 28 of 37 passes (75%) for 348 yards. But he threw zero touchdown passes, constantly running for his life behind a porous offensive line that has more holes than a golf course. The Titans defensive front sacked Burrow nine times on Saturday.

For the season, Burrow has been sacked a whopping 62 times. The Bengals have allowed no sacks only one time this season. This swiss cheese of an o-line has given up five or more sacks in a game six times this season.

The Bengals selected WR Ja’Marr Chase in last April’s NFL Draft and man did it pay off. Chase and Burrow reprised their dynamic duo connection from the national championship season of 2019 at LSU.

Chase caught 81 of Burrow’s passes for 1429 yards in the regular season, setting a new rookie receiving record (the old record was 1400 yards set by former LSU teammate Justin Jefferson in 2020).

In a 34-31 win over Kansas City, Chase caught 11 balls for 266 yards and three touchdowns to etch his name in the NFL record book.

WR Tee Higgins is another reliable target for Burrow. Higgins has caught 74 balls for 1091 yards and six touchdowns.

In the run game, Joe Mixon is the star. Mixon has racked over 1200 yards rushing. He has also caught 42 passes out of the backfield for 314 yards and three scores.

Next Sunday, the Bengals play at Kansas City, a 42-36 winner in overtime vs Buffalo, in the AFC title game.

The Bengals’ offensive line must keep Burrow upright and give him time to throw touchdowns instead of settling for field goals. The Cincinnati defense must pressure Chiefs QB Patrick Mahomes and keep him contained.

If the Bengals can somehow slow down the high-powered Chiefs offense (391 yards per game), Cincinnati will punch their ticket to their first Super Bowl appearance in 34 years.